All the Small Things 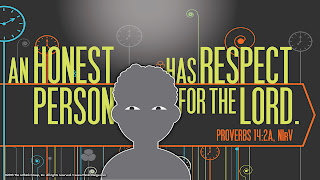 In our Bible story this week we meet Gehazi, Elisha’s trusted servant (2 Kings 5). When Elisha helps a high-ranking official, but will not accept payment, Gehazi lies to receive valuable gifts from the official. Then, when Elisha asks Gehazi about the gifts, he lies again to cover it up. Since Gehazi can no longer be trusted, he loses his health and the gifts he wanted so badly.

Our Bottom Line is: when you are not truthful, you lose trust. If we consistently use words that aren’t honest, people start to doubt if any of our words are true. When they doubt our words, it’s difficult to gain their trust. Honesty is also about living truthfully and acting on what we say.

Our memory verse this month is: “An honest person has respect for the Lord.” Proverbs 14:2a, NIrV. A person who respects God uses truthful words, keeps their promises, and follows through with what they say. They earn the trust of others. Truthful words build stronger relationships with others and with God. 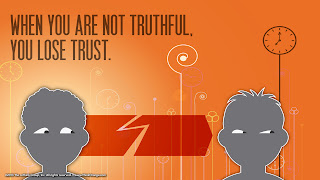 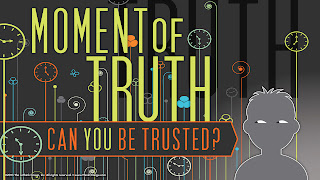 God told Abraham that he would be the father of a great nation of people and He did. God told the Israelites that He would provide for them in the desert and He did. God told Joshua that the wall of Jericho would fall if the people marched around it for seven days and it did. God told Mary that she would have a baby boy—she did.

Jesus said He would die and rise again three days later—He did!

Honesty is important because it builds trust. Honesty is choosing to be truthful in whatever you say and do. What God says is true; He has shown us that time and time again. And that’s one of the reasons we know we can trust God.

But the same should be true in our own lives. If we want other people to trust us, we need to live honest lives. When we tell the truth and we follow through with our promises, other people learn to trust us. But when we cover up who we are, what we’ve done, or we constantly break our promises, then the people around us stop trusting us. They begin to wonder if, in the Moment of Truth, can you be trusted?

The monthly memory verse is: “An honest person has respect for the Lord,” Proverbs 14:2a, NIrV. Living a life of honesty shows that we respect God and the people we care about. We can find a way to be truthful and still careful of the feelings of those we care about. 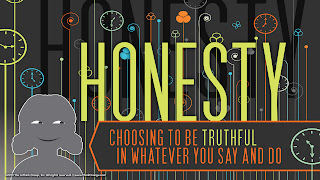 Posted by Donnie Icenhour at 2:07 PM No comments:

Donnie Icenhour
So much to say! I love life. My wife says I'm a big DORK yet that is why she fell in love with me - I'm sure glad it wasn't because of my hair! I try hard to keep my priorities in order - God, Courtney (my wonderful bride) and MD (my awesome son). My family, church (yes there is a difference between God and church) and job follow closely next. My philosophy? If God is in the center of your life and decision-making, life will not be easy, but it will GREAT.